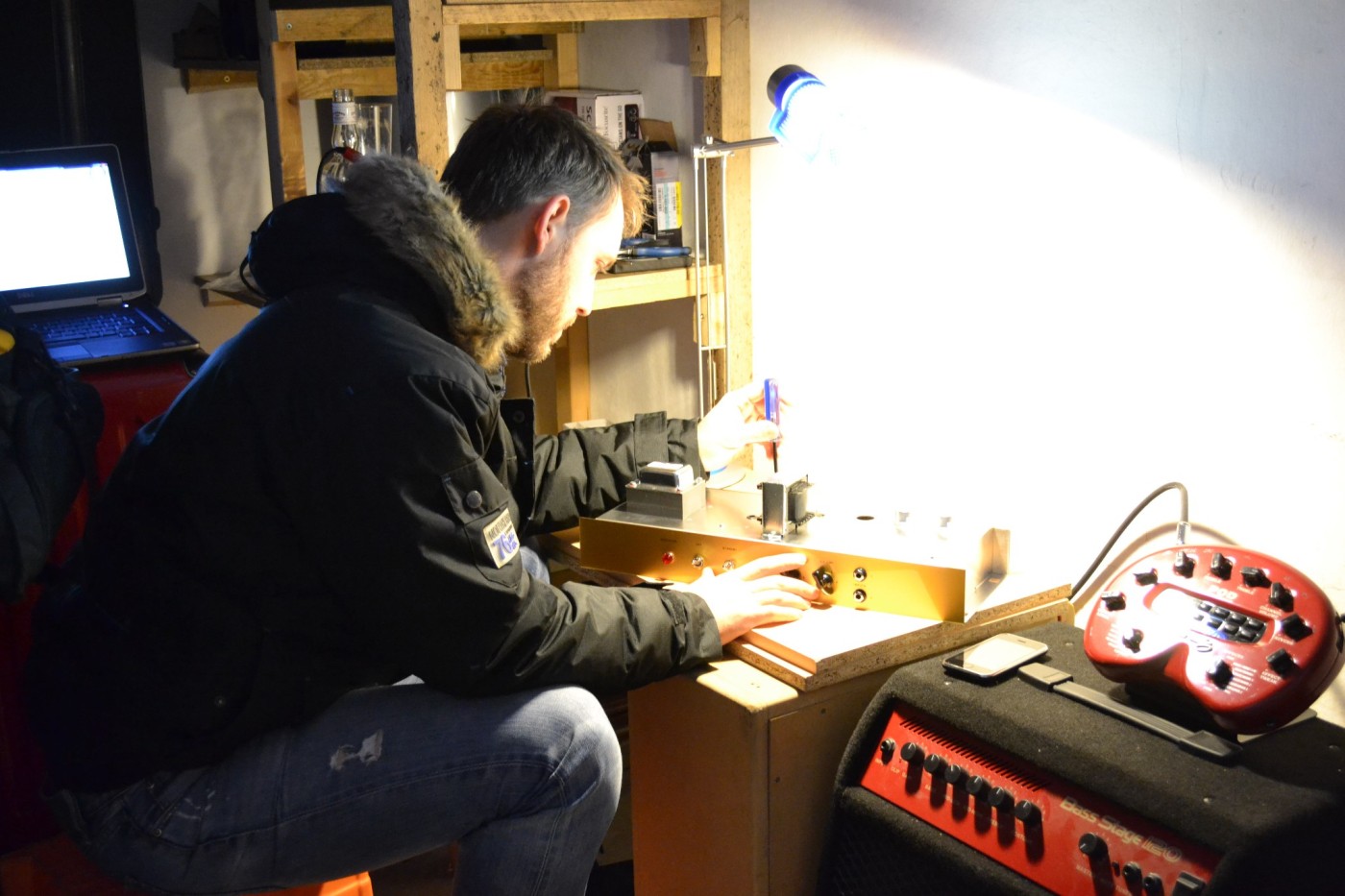 Problem: I cant afford any of the amps I want to buy (except for this guy, looks quite interesting).

Opportunity: Build my own.

I had always dreamed of building my own amps, but never realised how close I could be to actually making that happen. Since moving to Germany and leaving my amps in Australia, I have been relying on Line 6 PODs and emulation software on my laptop for tone. Then when visiting Australia, I caught up with my mate Chris who has been such a great influence on me. He was the guy who convinced me to move from multi-effects digital units to quality pedals, and that for me was a whole paradigm shift. Now Im on another one. He had recently bought and built an amp kit from AmpMaker.com, the PP-18, based on a Marshall Blues Breaker circuit. I heard him play it at church and then we took a closer look back at his house, and I was seriously impressed. Take a look here.

Then later back in dear Deutschland I was about to buy the Laney VC15-110 because I had cash gifts from my 30th birthday, enough to buy that particular amp and maybe some nice pedal, until Angie said “But didn’t you want to build one instead??”.

She was right, I did. But kind of figured it was too hard, or I don’t have the tools, or something a little more ambiguous that I didn’t really think through so much.

So then I priced some basic tools including a soldering station, plus the amp kit, a speaker, and a cabinet for the amp & speaker. It looked a little something like this:

Quite good considering you get a high-quality, hand-made amp with the finishings and colours you want, the speaker you want, and no brand which is also kind of cool. And one of the best advantages is that you learn how these things work. I could pay twice as much and still get a lesser amp. Now, the trick is to build it right or it might sound rubbish or blow up. Which is why you can still justify paying pros to make amps.

So, I went ahead and ordered the kit and have since started building it. Here are some pics…

(PS. Since writing this post, I have already bought the soldering iron and multimeter and fixed something, and have another post about these events.)